A downloadable game for Windows, macOS, and Linux

After a worldwide pandemic wipes out much of the human population, two men find themselves the only survivors for miles. Follow through moments in the lives of Juste Marie and Clement Król as they learn to live in a world without any more people together.

This is an ADULT game not suitable for people under the age of 18.

The grief and hope (false one, or is not?) of surviving in post-apocalypse world are delivered with great storytelling by Juste and complemented by the art style. Although it's quite clear how the choice is shaping the relations of Juste and Clement plus changing Juste's point of view, I am so eager to see where will this story goes (will it all depends on Juste's choice of reaction, or Clement has his own hidden acts?? :0 ).

Hi there! So! I've played this game because I try out most of this yaoi jam's games (I really like this year's jam!), and this one didn't disapoint either!

It's a very disturbing game overall, obviously with that kind of story and setting. It's hard to delve too far into the story given that the demo isn't very long, but it made me very curious about the full release. The characters are interesting so far, and I'm really curious about the way their relationship will evolve. I guess you're planning at least two endings, right?

Since the story is creepy and bleak (il a good way!), I don't really have high hopes, but will it have at least one good('ish) ending? If you want to tell, of course!

I tend to be very interested in stories that depict Stockholm syndrome, and I like to observe how is it depicted, so I've decided to pick the most positive responses to Clement (and the thing about him maybe being able to change for the last choice). In most games I'd feel guilty for choosing this path since it isn't really good for the main character, obviously, but in this case, since they are the only two survivors on Earth, as far as we know so far, it puts things in a different perspective. It's still somewhat sick and induces uneasiness, but well, I assume it was your goal with that kind of story haha!

Even though I'm curious, I don't think I'll try a different approach until you release the full game and I finish playing it with the kind of answers I was picking so far. So yeah, I can't very well comment on the other "routes" ATM.

And lastly, I must say the art style is so very unique and pretty! And it suits the story sooo well. It reminds me of some old vintage paintings or illustrations. Really neat! I can't wait to see it with proper backgrounds and accompanied with music. Are you planning to get original music composed or will you use "stock" tracks, by the way?

Okay, that was long! Hope I didn't get you bored here! Good luck with the full release of the game!

Hello! Thank you for your feedback and thoughtful comment. There are currently at least 4 endings planned for the full version (some "good", some bad!) I'm not sure how I want to approach the music and sound for this project yet, but when I do decide I will probably write about it in the devlog. I'm really glad you found the art style to be fitting! I will do my best for the full release. 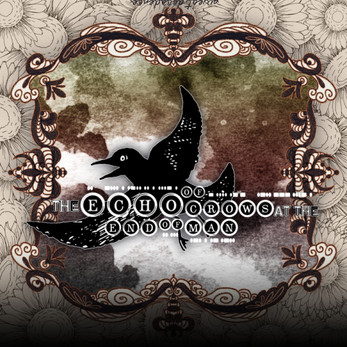 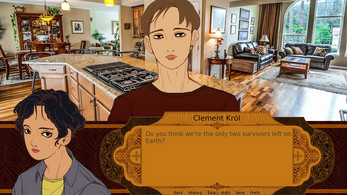 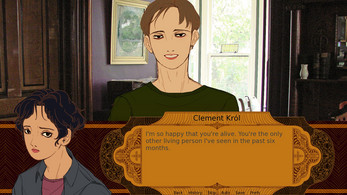 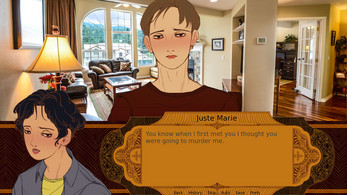 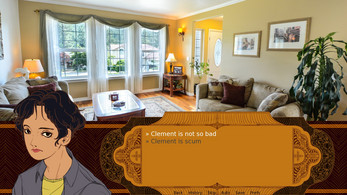